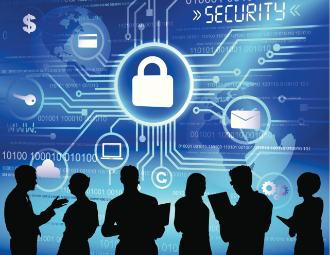 Recover, a leading producer of premium reused cotton fiber and cotton fiber blends has announced a new investment to expand its operations and output over the next five years to close the loop on fashion. Through a strategic alliance with Story3 Capital, the family-owned company with a 70-year history in textile recycling technology has stated that it will meet its aim of boosting output to 200,000 metric tonnes of recycled fiber per year by 2025.

Recover will be able to achieve its growth ambitions through expansion to fulfil the “surging demand from the global fashion industry” thanks to Story3 Capital’s “substantial investment, resources, and best-in-class operators,” according to the firm.

Recover will increase output due to the investment, saving roughly three trillion liters of water per year, comparable to three billion people’s yearly drinking water consumption. It will also allow for the redirection of 500,000 acres of land from cotton agriculture to other purposes. “Recover is uniquely placed to be the global sustainability lead in the cotton reusing by serving as the means of change in the industry, and swiftly becoming the gold standard in sealing the loop on fashion,” said Peter Comisar , Founder and CEO of STORY3 Capital and former Partner at Goldman Sachs & Co. “We quickly identified the potential to affect the pent-up demand for recycled cotton by increasing production and collaborating with the industry to develop and migrate to Recover Fibers,” said Ben Malka, who is the Operating Partner at the STORY3 Capital and the Executive Chairman of Recover.

Recover is part of a fourth-generation family-owned textile recycling enterprise with a 70-year track record. Recover has specialized in manufacturing premium recovered cotton fiber from textile waste utilizing unique technologies and unique mechanical recycling machines under the direction of the Ferre family.

“Recover is well-placed to be global sustainability leader in the cotton reusing by acting as the cause of change in the industry, and soon establishing the gold standard in completing the loop on fashion,” said Peter Comisar, founder and CEO of Story3 Capital.

“We instantly identified the potential to affect the pent-up demand for recycled cotton by increasing production and engaging with the industry to innovate and migrate to Recover Fibres,” said Ben Malka, managing partner at Story3 Capital and executive chairman of Recover.

Supply chain partners spin premium recycled cotton fiber from textile waste into yarn, which is then turned into finished clothing garments and home textiles. H&M Group, Wrangler, G-Star, Tommy Hilfiger, The Northface, Billabong, and Bonobo are among the brands that have used Recover’s recovered cotton and cotton blend fibers.

Cotton has been one of the most environmentally destructive crops, requiring much water, pesticides, and land. According to a recent study, one T-shirt uses 2,700 liters of water, which is the amount of water consumed by the average human in three years.