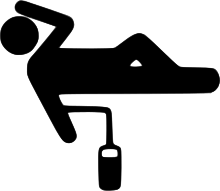 Giving blood is a gesture of solidarity, but some security concerns remain. What are the conditions to be a donor? Which diseases are systematically detected during a donation? While the Blood Establishment regularly launches an appeal to donors, the writing reviews some misconceptions. With the platelet donation process the options are essential.

Why do not you be afraid to give blood

Who can give blood?

The 1983 ban on blood donations by homosexuals was lifted. Men who have sex with men can, since July 2016, donate their blood, but under certain conditions (one year of compulsory abstinence after the last sex between men.) In the questionnaire prior to blood donation, any reference the sexual orientation of donors has also been removed, in favor of questions about risky sexual behavior.

From February 20, 2020, new evolution of these conditions of access to blood donation by homosexuals: the time to give blood after the last sex between men will be reduced from 12 to 4 months. According to a study conducted in 2018, the opening of blood donation to homosexuals had no impact on the risk of transmitting the AIDS virus. This evolution in donor selection criteria will continue to be evaluated on a regular basis.

What tests are performed on the donor’s blood?

Blood is composed of three elements: red blood cells, platelets and plasma. Plasma can be treated by physical or chemical processes: these techniques render inactive any infectious agents. However, this method is not possible for red blood cells or platelets.

So we run different tests to detect HIV, hepatitis B and C, syphilis. This screening is performed systematically on all donations. In new donors only, screening for HTLV – I / II viruses is also performed. Other tests or additional biological tests are carried out according to the risk factors identified during the preliminary interview, for example if a person has traveled to a country with a particular disease such as malaria. A complete blood count is performed on each donation to ensure that the donor is not anemic.

Is there a risk, even a small one, for the donor?

The risk of infection is controlled by the use of single-use equipment. However, blood donation is a levy. It is therefore possible to have a hematoma, a small local complication or a reaction of the body (malaise for example).